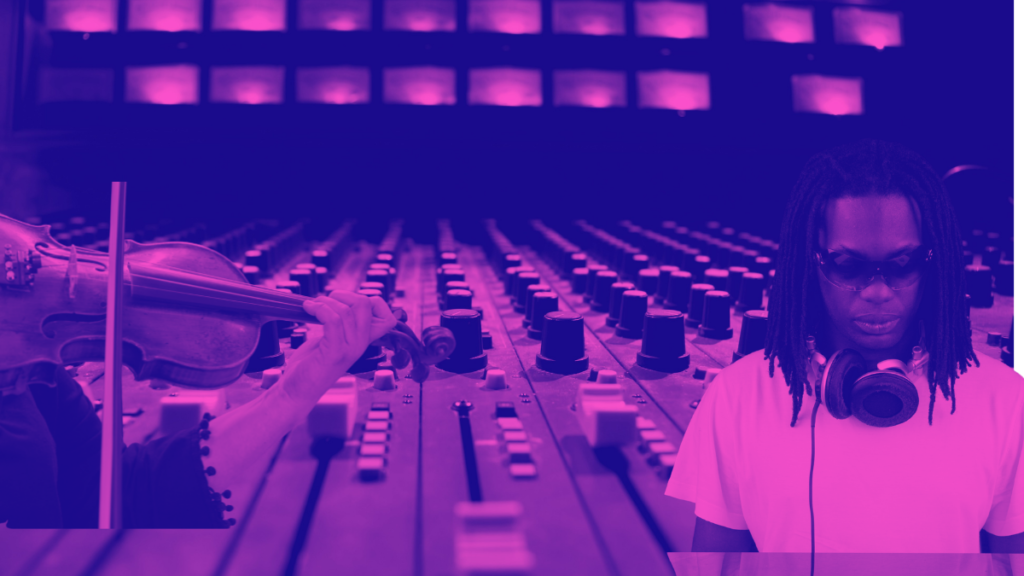 A panel discussion moderated by Stephen Holmes aka EBlo about the barriers in both the music industry and when creating music. From the creative flow in the studio or on the laptop, or on a more larger level across the industry where key challenges must be faced to develop a more diverse and inclusive industry from label to artist.

Stephen Holmes (EBlo) is a MalmÃ¶ based music and video producer. Stephen is originally from London and moved to Sweden back in 2013. Stephen has always a wide and deep imagination ever since he was a child, his fascination with music and film have always been something that has driven and often distracted him from his traditional career path in sales and marketing. Back in 2017 he released his debut album â€œTimelineâ€ a raw collection of 12 songs heavily inspired by his love for movie and tv genres that explored the sci fi and dystopian worlds of Blade Runner and Stranger Things. In more recent years Stephen has started to produce more ambient and atmospheric tracks more akin to movie and tv soundtracks. Plus in 2020 he started producing imaginative and story driven videos for artists such as Paul Kalkbrenner, Booka Shade, Simina Grigoriu, Matt Sassari and for MalmÃ¶ based label House Music with Love.

Felix musician from MalmÃ¶ based band Spunsugar. The trio describes themselves as ‘an alternative rock band with shoegaze influences’. Their music has a higher tempo than that of their peer shoegazing bands. The room for guitar riffs and the use of a drum machine further define their sound.

Cordelia is one the founders of MalmÃ¶ based band Spunusgar. Cordelia first met lead singer Elin in the village where they lived when they were 13. She liked twee pop, jangle and grunge.Â Elin liked heavy metal, hardcore and post rock. From there they continued to write songs and then met Felix some years later in 2018 when he joined the band and they recorded their acclaimed “Drive Through Chapel” in 2018.

After more than 20 years in as artist,songwriter and producer has had the pleasure and honor to travel all over the world and work with wonderful and talented people.
Just to name a few, the last years he had the pleasure to produce and play with artists like Alphaville, Band of Horses, Hank and cupcakes, Hideki Kaji, Rusty anderson and Justin Meldal jonsen.
“The art of music and producing is to me as complex and simple as life it self, and has as to have a heart and soul to be able to connect and touch others.”

Yasmine Baramawy is an Egyptian musician, Sound Artist, Oud performer and Composer based in MalmÃ¶, She develops an original sound universe around her practice of the Oud (modified and augmented by a low string) but also around concrete music and other electronic experiments. She plays one of the worldâ€™s oldest instruments yet she manages to work with a curious blend of different approaches and genres like Oriental, Rock and Classic Music. She builds sound installations mingling with poetry and spoken word added to her Oud live manipulations, her approach is characterized by a permanent sound research exploring both the acoustic tradition of the oud and the adventurous and transversal sound practices. She composed and performed live with experimental and dance theatre plays and wrote scores for film production in the alternative scene in Egypt.

Inspired by the instrumental communication of Latin and African music, the melancholy of jazz, the storytelling of hip hop, the vulnerability of soul and the sensuality of R&B, Nalija has found herself in the heart of this musical puzzle that reflects her journey as a woman and artist â€“ a musical space where poetry meets contemporary drum sounds, trumpets are worshipped, and sensuality celebrated.

â€˜Free With Meâ€™ is the debut-single off her upcoming EP and the start of a musical journey and project that has been lived and written over a lifetime of experiences.